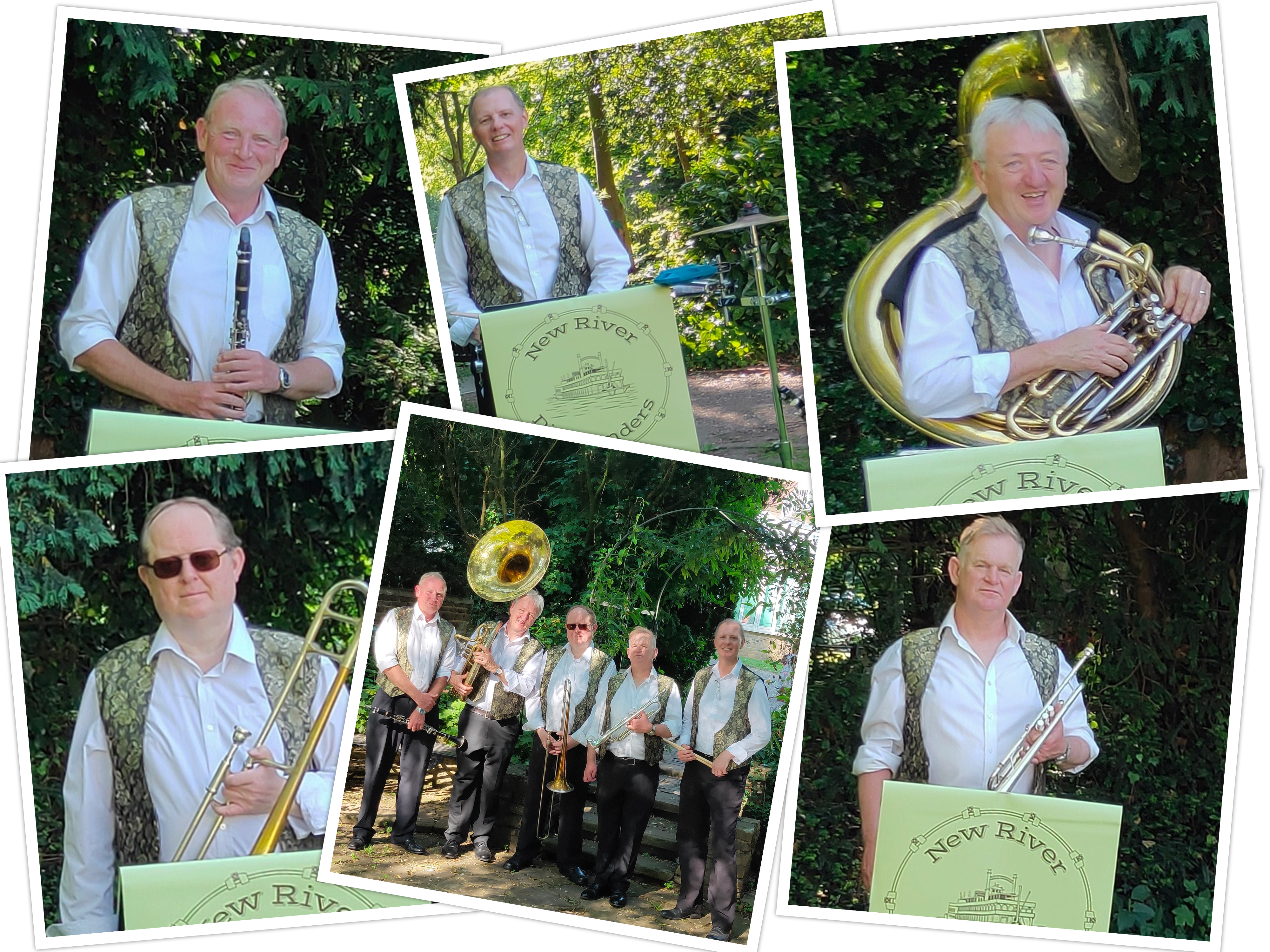 Here you can read about the Dixieland Jazz Band Musicians that have been performing together at since 2017.

Mark is the token antipodean in the New River Dixielanders. You’ll always get his honest “Aussie” opinion as well as some amazing clarinet playing – probably the loudest you’ll ever hear!  As well as playing in military bands, Mark also runs his own instrument hire and repair company.

Paul is a freelance musician, teacher band leader in his own right leading the Art Deco Orchestra, a group that faithfully recreates the popular jazz and dance music of the 1920’s and 30’s. He studied trumpet at the London College of Music and has performed at Knebworth, the Royal Albert Hall, on cruise liners and on the Royal Variety Performance.

Completing the frontline, Roy is one of the most experienced jazz and big-band trombone players around. His encyclopaedic knowledge of classical and jazz music is second to none.  Roy’s extensive credits include the BBC Elstree Concert Band, the Urban Big Band, City of London Symphonic Winds, Tricity Vogue and the Kix Jazz Orchestra.

Phil is the band’s leader and founder member. He plays the sousaphone for the New River Dixielanders but is also an accomplished bass-trombone player. Phil is the driving force behind the band, determined to put on a show, he makes sure we always give our best to entertain the public.

On percussion, Simon is a full time drummer and drum teacher. He has recorded for BBC radio, at Abby Road Studios and performed on stage at the London Palladium. He has played some of the great shows including We Will Rock You, Billie Elliot, Avenue Q and The Full Monty at regional theatres in and around London.

We have access to several other skilled and experienced dixieland jazz band musicians who can boost our numbers or step in if required. All the musicians we use are personally recommended and are known to be able to perform to our high standards.

If you would like to meet the band in person then please let us know using the form found here. If you prefer, you can first read some of the amazing feedback we have received on our comments page. You will also find more about us on Facebook and Twitter.